Q. Cynthia, I believe I have an overgrowth of candida caused by celiac disease. I would like to know if smoking can contribute to this and if I should quit now or get candida under control first as I fear it may be too much to take on at once. ~Sabina

Yes, smoking is most definitely related to Candida overgrowth. You cannot overcome Candida if you continue to smoke, because every time you smoke it feeds the yeast. Our liver stores sugar in the form of glycogen so we can draw on it when needed for energy. So for example, our blood sugar level drops, the liver releases glycogen and it is converted back into glucose and released into the blood stream to be burned for energy. This is an essential function for the body and mind to function adequately.

However, if that process happens too often and blood sugar levels are brought too high through diet, then there is too much sugar in the blood stream on a regular basis and this leads to problems like insulin resistance, hypoglycemia, hyperinsulinism, obesity, heart disease, depression, insomnia, anxiety, adrenal fatigue and many more.

When the blood sugar level is high, then this alerts the pancreas to release insulin to bring it down and then our glucose receptors either store the sugar in the liver or as fat in the cell. If the body repeatedly has too much sugar to deal with the glucose receptors become resistant and stop performing their duties adequately. Glucose remains in the blood stream longer than it should and more insulin is released.

If one already has insulin resistance, and many people with Candida do, then the glucose receptors are not functioning properly so the blood sugar levels will remain high consistently. You’ll want to read my page on insulin resistance symptoms and good carbs bad carbs to understand this aspect more thoroughly.

Keep in mind that sugar is Candida’s primary source of fuel. It is what it lives on. Keeping sugar levels in the body at a minimum is essential to overcome yeast overgrowth. So every time you smoke, it’s as if you eaten a candy bar and fed your yeast. Candida feeds on the glucose. Not only that, the constant fluctuation in blood sugar levels from smoking will result in cravings for carbs and sugar, which will feed the yeast as well. Therefore smoking must cease to get yeast overgrowth under control.

Not only is smoking a major contributor to Candida but also to neurotransmitter imbalances and adrenal fatigue. Nicotine depletes the adrenal glands and neurotransmitters in the brain.

When the blood sugar levels are too low, it is the adrenal glands that release adrenalin to trigger the liver to release glycogen. Additionally the body views this whole process of dealing with excess sugar as stress. When we are under stress, then the liver releases glycogen into the blood stream as well and the adrenal glands are called on to release cortisol, adrenalin, and noradrenalin to deal with the situation at hand.

If the adrenal glands are called on too frequently to deal with emergency situations, they eventually burn out and no longer produce cortisol in adequate amounts which results in the long list of disruptive symptoms associated with adrenal fatigue like chronic fatigue, weight gain, depression, anxiety, insomnia, cravings for carbs, etc.

Nicotine affects the brain in a similar manner as heroin and cocaine. It triggers the release of high levels of neurotransmitters like dopamine, acetylcholine, norepinephrine and endorphins which is what provides the feeling of being high, calmed, relaxed etc., when you light up. When neurotransmitters are overstimulated on a regular basis it eventually leads to depletion. Depletion of neurotransmitters results in a vast number of psychological and physiological symptoms like depression, anxiety, hyperactivity, attention deficit, memory problems and many more.

Keeping neurotransmitters in balance and the adrenal glands strong is important for many reasons, but in relation to Candida it is crucial because disrupted neurotransmitters and weak adrenals result in unstable moods, fluctuating blood sugar and cravings for sugar and carbs which will feed the Candida and weak adrenals make the body more vulnerable for yeast to proliferate.

So, as we can see, smoking is destructive to our health in many ways besides the well known dangers like cancer and emphysema. Quite simply, there cannot be good physical, emotional or spiritual health with nicotine in the picture.

You’ll also want to note that the effects of caffeine on the body are pretty similar to nicotine. It too triggers the liver to dump glycogen, the pancreas to release insulin etc. The consumption of sugar also impacts the pancreas, adrenals and neurotransmitters. Therefore in order to overcome cravings for nicotine, sugar and caffeine must be eliminated simultaneously. If your trying to give up nicotine and continue to eat sugar and smoke, it will usually result in cravings for nicotine when blood sugar drops and vice versa. Each one perpetuates the addiction to the other.

So yes, Sabina, you should absolutely quit smoking. The sooner the better. 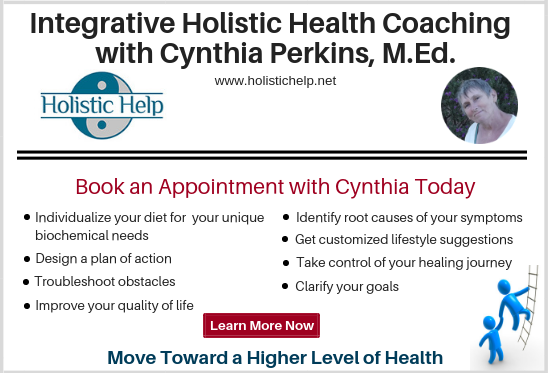